Philippines will keep capital region in coronavirus lockdown until May 15, inflicting more pain on economy 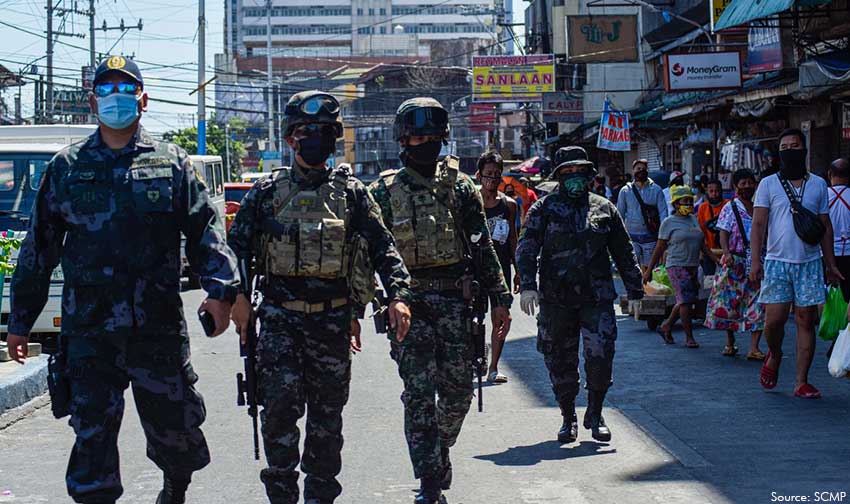 The Philippines is keeping its capital region and nearby areas on a lockdown up to May 15, impacting more than half of its economic output as it tries to stem the coronavirus outbreak.

The stay-at-home order in Luzon island from mid-March through April 30 was extended for another two weeks in central and southern Luzon provinces, and widened to cover Cebu, Davao and Iloilo, presidential spokesman Harry Roque said in a briefing aired on Friday. Curbs in some parts of Luzon were eased.

The Philippines joins Singapore, Malaysia and Indonesia in extending restrictions to contain a pandemic that forces businesses to shut, sidelining millions of workers. Philippine regions under a looser quarantine can resume public construction and partially reopen malls and the transport system from May 1, Roque said.

Areas covered by the extended lockdown in Luzon alone account for about 60 per cent of the output of the US$330 billion economy that was among the fastest-growing in Asia. The fiscal discipline that President Rodrigo Duterte tried to preserve could be challenged by the massive spending that is needed to support the poor, a weak healthcare system and a deteriorating economy.

The government’s leeway to spend for the virus is running out as it has used up nearly 90 per cent of the almost 400 billion pesos (US$7.9 billion) that Congress allowed to be diverted for the pandemic, prompting Duterte to say that “the money is dwindling”.

“We have cash but we have no authority to spend that much,” Finance Secretary Carlos Dominguez said on Friday.

Earlier this month, Dominguez said the government had lined up the equivalent of US$23 billion for the outbreak, including central bank actions and loans from multilateral lenders.

“Economic activity will pick up in areas where lockdown is modified but won’t make up” for Manila and its neigbouring provinces, said Rachelle Cruz, an analyst at AP Securities. “A prolonged lockdown, while good for the healthcare system, will do more damage to GDP that the government forecast of 1 per cent contraction could deteriorate further.” Duterte, at the same briefing, said he might declare martial law, repeating a threat from the early days of his presidency.

“I am warning everybody and putting notice to the armed forces and the police, I might declare martial law,” the president said at the briefing, calling out the communist rebels for lawlessness and killings.

The key stock index fell 2.4 per cent at the close in Manila while the peso slid 0.3 per cent. The Philippines had 6,981 virus infections, including 462 deaths, as of Thursday.

“This is negative for business but a positive step for the healthcare system,” said Manny Cruz, a strategist at Papa Securities. “It will be a slow and long process to get the economy back on track.”