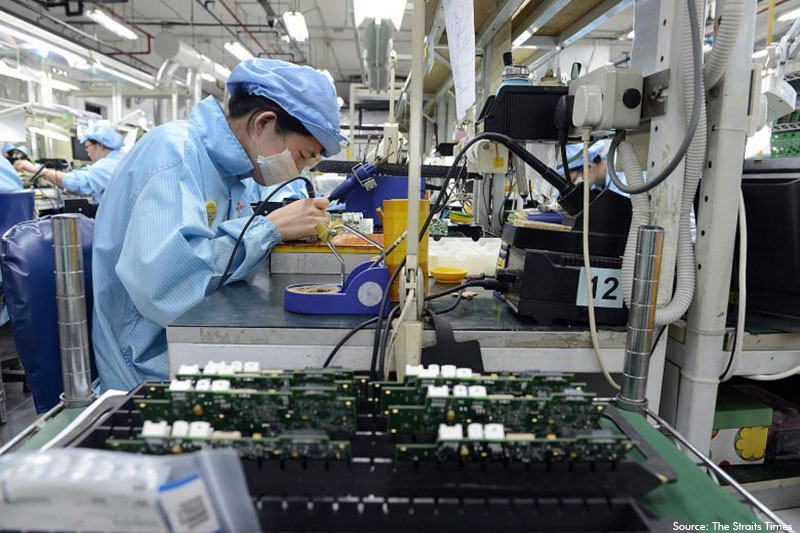 The ASEAN Manufacturing PMI is produced by IHS Markit and is based on original survey data collected from around 2,100 manufacturing firms from Indonesia, Malaysia, the Philippines, Vietnam, Singapore, Thailand, and Myanmar. Taken together, those seven countries account for an estimated 98 percent of the value added in ASEAN’s manufacturing activity.

During February, ASEAN manufacturing demand conditions continued to rebound, as order book volumes rose at the fastest pace since October 2021. As a result, factory production expanded solidly, according to data in the index.

The headline PMI stood at 52.5 in February, pointing to a fifth successive monthly improvement in the health of the ASEAN manufacturing sector and one that was solid overall.

For the third month in a row, Singapore registered the highest headline figure, at 58.3 in February, signalling the quickest upturn in the health of the manufacturing sector on record. Second in the rankings was Vietnam, where business conditions improved at the fastest pace since April 2021, with the PMI at 54.3, IHS Markit said. Elsewhere, the Philippines returned to expansion midway through the first quarter of 2022, and growth accelerated in Thailand and Malaysia in February.

“Manufacturing conditions in ASEAN improved strongly in February, with the PMI remaining among the highest on record as output rose solidly again amid the fastest upturn in new work since last October,” Lewis Cooper, Economist at IHS Markit, said, commenting on the latest survey results.