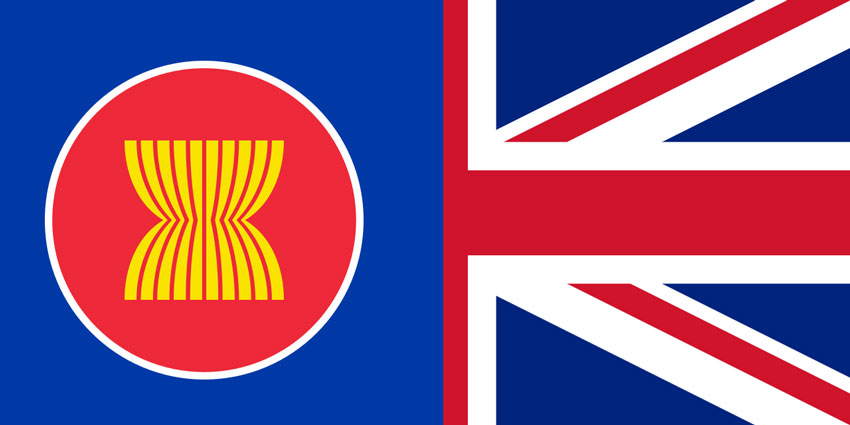 The leaders of the ASEAN bloc accepted at the end of April the UK’s application for Dialogue Partner status, a decision that the UK welcomed during a meeting of Foreign Secretary Dominic Raab with the current Chair of ASEAN and Brunei Foreign Minister II Dato Erywan on 5 May.

Raab and the Brunei official met at the G7 Foreign and Development Ministers’ meeting in the first such meeting since ASEAN agreed to accept the UK’s application for Dialogue Partner status in Jakarta on 24 April. The Leaders tasked the ASEAN foreign ministers to start work to formalise the UK becoming a Dialogue Partner by the 54th ASEAN Ministerial Meeting in August this year, the UK Foreign Office said.

During the talks on 5 May, both ministers agreed to build deeper UK-ASEAN trade links and security cooperation, while working together to address challenges such as climate change and COVID-19 recovery.

“Thank you ASEAN Leaders for accepting the UK’s application for Dialogue Partner status. We look forward to even closer cooperation on trade, climate and regional security issues,” Foreign Secretary Raab said after the meeting.

“I look forward to strengthening our commitment to the ASEAN region even further in the coming years,” Mr. Raab added.

The UK has been looking to forge closer trade ties with the ASEAN nations and trade in the Pacific region.

Earlier this year the UK formally requested on 1 February the commencement of negotiations on UK accession to the Comprehensive and Progressive Agreement for Trans-Pacific Partnership (CPTPP), which has ASEAN members Brunei, Malaysia, Singapore, and Vietnam as its members.

Joining CPTPP is a priority for the UK government and a key part of its trade negotiations programme as a newly independent trading nation, Elizabeth Truss, UK Secretary of State for International Trade & President of the Board of Trade, wrote in a letter to Damien O’Connor, Minister of Trade of New Zealand, the depositary nation of the CPTPP.