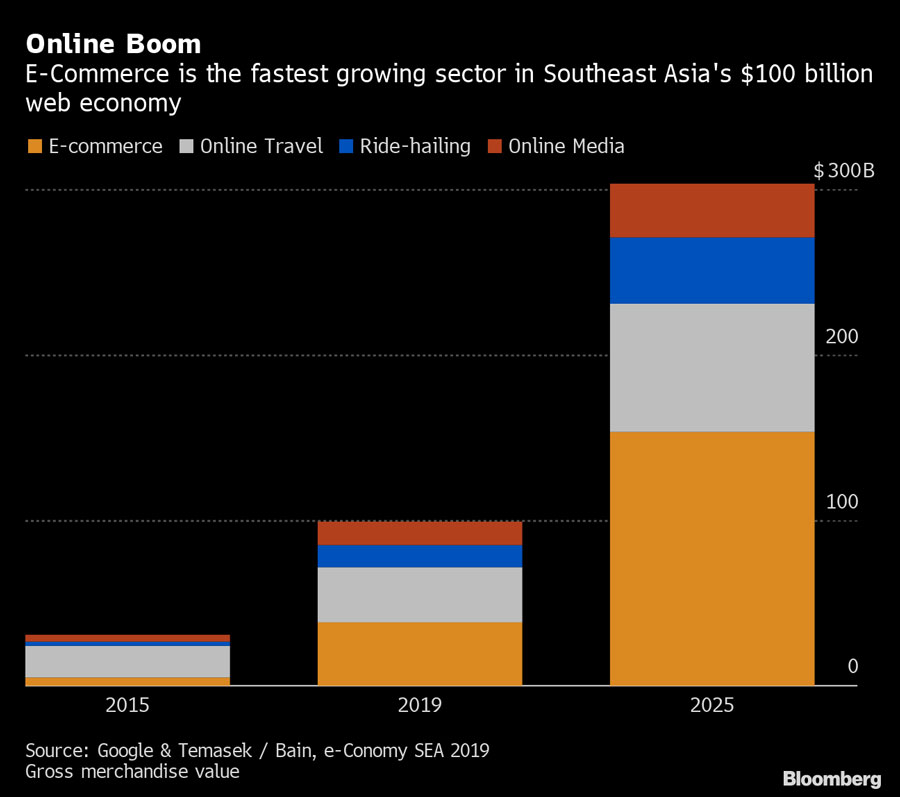 Southeast Asia’s Internet economy continues to grow at an unprecedented pace, hitting the US$100 billion milestone this year and on course to reach US$300 billion by 2025, exceeding earlier estimates of US$240 billion, Google, Temasek, and Bain & Company said in their new report e-Conomy SEA 2019 published in October.

Growing Internet connectivity across Southeast Asia and the fundamental changes in consumer behaviour in the region, with Southeast Asians the most engaged mobile internet users in the world, have helped the Internet economy more than triple in size over the past four years, the report showed.

A decade ago, four in five Southeast Asians had limited access to Internet, while today, the region has 360 million Internet users and nine in ten access the Internet through their smartphones.

“When it comes to services like Ride Hailing and Food Delivery, the region is rapidly growing and the momentum is only going to continue as a new generation comes of age and people outside big cities come online,” says the report which analysed the current and future potential of the Southeast Asian Internet economy across its six largest markets—Indonesia, Malaysia, the Philippines, Singapore, Thailand, and Vietnam.

Indonesia and Vietnam are leaders in the growth pace in the region with their respective Internet economies growing by more than 40 percent annually, while Malaysia, Singapore, the Philippines, and Thailand continue to post solid growth of between 20 and 30 percent per year.

Despite the global headwinds with the US-China trade dispute, Southeast Asia has remained a bright spot for tech funding, with more than US$37 billion of capital poured into the Internet economy in the region over the past four years. E-Commerce and Ride Hailing unicorns in the region attracted two out of every three dollars raised since 2016.